Hammy60 said:
Miss Precision back tonight with Reign watches and another of the Resultco brand Axwell.

And the ultimate shyster, AKA The Poser, is back on Saturday, launching yet another Solar Time, honest they're not Chinese, watch brand, Cadola.

Is there no end to Solar Time acquiring & resurrecting the name of old Swiss watch brands and pretending the new brand has all the history and heritage of the old brand and never mentioning they're actually Chinese owned and made now.
Click to expand...

Well they have to do something different now that you can buy a few Thomas Earnshaw watches in that most upmarket of horological retailers known as Argos. At least they're all under £100 which is how they should be priced, though there's the odd review saying they're not that good:

And I bet they're so excited, as they have been trying to get this brand for the last 3 years

Tricompax said:
And I bet they're so excited, as they have been trying to get this brand for the last 3 years 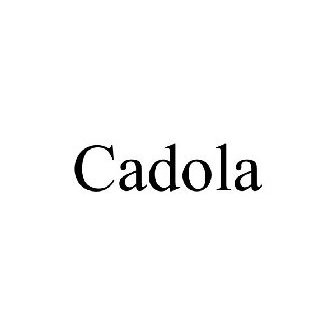 Tricompax said:
And I bet they're so excited, as they have been trying to get this brand for the last 3 years

I think they really mean they should've been with Basil.
The only debate is whether Basil Brush or Basil Fawlty.

Fawlty, I guess, given how many of the watches they show are exactly that - faulty!!
H

Yet another Dormeo show, might be the last chance to get one before they sellout according to Mike.

I'm confused Mike, if you don't want folks to buy how is it possible to sell out?

And how do i get it home so i can try out the sleep trial without buying it first through the web site?

Any chance one of the IW employees that reads here could please help clear up Mike's very conflicting statements, it's all very confusing to us poor dumb mortals when the master shyster is at work.
H

eLife Patriot again, the dregs of the stock that were supposed to sell out on the 23rd December. Remember how we were being told to check out as they were flying out the door and wouldn't last, supply issues etc and if they were back wouldn't be at so low a price.

Well they're still in stock and even cheaper, if lying was a discipline in the Olympics IW's presenters would win the Gold medal every time.
H

Shona the fake doing Dormeo again, 10 minutes into the show saying how busy they've been, started show with 80% of the double gone now 85% gone, really really busy, also 75% of the King and Super King also gone. You have to be quick as stock running out, super, super busy.

Let's go back 24 hours in time and creepy doing Dormeo show, started show saying over 80% of the double sold, then a stock update during the show was 85% of the double now sold, 75% of the King and Super King also gone.

So in 24 hours they've gained stock of the double and same stock of the king and super king. Yet according to Shona they're super super busy, stock flying out and you have to be super super quick if you want one. Yeah we believe you Shona.

BTW they've had 89 Dormeo shows during this blockbuster sale, they say they've sold 7,000 mattresses. Using an average price of £224 for the 4 mattresses, means over the shows they've average 79 mattresses and taken in £17,617 per show. Take away wholesale cost of the mattresses, even if only £150 each still over £11,000 wholesale, cost of running the show, production staff costs, presenters cost electricity etc etc and they can't be making much profit from all those Dormeo shows, despite selling so many.

I know for a fact that they made billions in profit on all those 3 mattresses they have sold.
H


Peter Simon with the usual intro full of
R

I see Gekota for some reason

Wonder where they're getting all these 7750s from, Reynolds is always telling us they're really really hard to get. Wonder if it's a Chinese clone of the 7750?
H

What's all the marks on the bezel?

Peter on ceramic bezel - " you only find these on watches of tens of thousands of pounds."

Why are they mentioning Paul Newman's watch, it's a totally different Valjoux inside it.
H

Typical ideal world shilling out another brand by solar time registered in 2018, most of the watches they are selling can be bought for a fraction of the price on eBay, do ideal really think we will be fooled by another solar time inc brand.
T

Ps cadola website mentions Swiss heritage but the watches don’t have Swiss made on them, Far Eastern tat in my opinion.
H

They're still never going to mention where they are made.

Why does Peter keep speaking about Cadola as though they are an entity, saying they've waited 3 years for Cadola to allow them to have these. Cadola don't exist as a separate entity, it's just a name used on a range of Solar Time/Dartmouth brands watches, and despite efforts to try and make them seem like different separate brands, with their own web sites etc, they're not, they are all run from the same office, same staff and on the same financial accounts. It's just all smoke and mirrors and marketing ploys.
T

I would love to know how they get away with it with the A.S.A.
You must log in or register to reply here.
Share:
Share
Top