I had a look through the 'items recently on air', but there were no shots of the boots. I shall just have to use my imagination, I think!
M

loveallthingsitalian said:
What makes it worse is when they marry up edgy and M Hope - crimplene and cowboy boots.

add hair extensions, Botox, and armourplated underwear and you have Ms. QVC.
Click to expand...

I wish they'd "marry up" Ms Hope and a spaceship and put her on it...I'm sure the little green aliens would look better in her garish get ups than the models do! Ankle boots and summer dresses...sometimes, depends on who's wearing ....I've got a mate who looks great in a little summer frock teamed up with chunky black gardener's boots!

i see a post on arsebook to day saying how lovely and trendy MH always is but her clothes are frumpy. I think she looks like a refugee from 1973. just goes to show how different our idea of fashion.
E

OMG the amount of lying that goes on, shiny pink barge shaped shoes which are 'really, really lovely/beautiful etc etc' a/c to the hedge-haired Melissa. The black nails do Not look 'edgy' but horrid.

Watching Joules show - who is the older model with chin length blond hair? Rarely watch now so probably missed her if she is a regular.

Why the heck do they always say this is your black, your blue, your yellow.

it isn’t yours until you buy it. Just say the blue, the yellow.

Gets on my chesticles.
S

Just channel hopped on the Joules hour, only managed half a minute because baby Claire “jazz hands” Sutton was on looking like she’s off to cheerleading practice.

) - it's amazing what fame hungry twenty-somethings ( occasionally they are older) think is fashionable or goes together.

Elliementary said:
I had a look through the 'items recently on air', but there were no shots of the boots. I shall just have to use my imagination, I think!
Click to expand...

24th February 8pm Jolie Moi. This is an example of the 'styling', it shows a photo but click on the red arrow & you'll se JC complete with black boots & trilby: 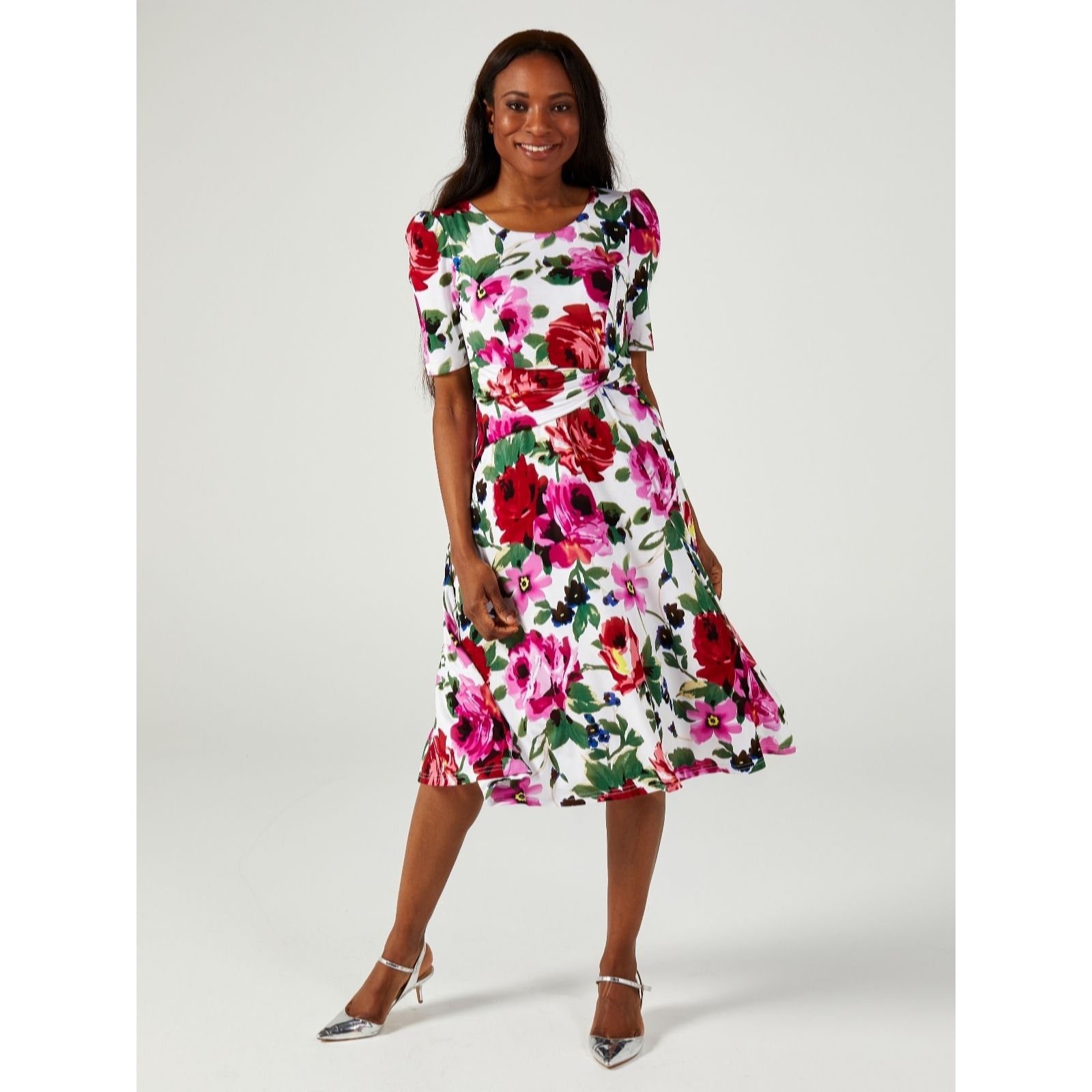 shopperholic said:
Just channel hopped on the Joules hour, only managed half a minute because baby Claire “jazz hands” Sutton was on looking like she’s off to cheerleading practice.

Is it my eyesight or is she starting to look chunky?
S

No I thought exactly the same, especially with that scarf on.
A

I thought that the other day.

I was shocked to read in today's D/Mail the mountain of rotting second hand clothes in Accra, West Africa - the majority of which is dumped there by Britain.

Apparently decades ago there was the largest second hand clothes market in the world there, because the quality of clothing was good. Now, with the advent of cheap and 'worn once' fashion, they too are dumping the stuff, and now there are tons and tons and tons of clothes rotting away in one mountainous rubbish dump because even Accra can no longer deal with it.

We take our 'stuff' to charity shops, but even after they have taken the good clothing to sell, they too are left with tat and rubbish so they sell it on to waste buyers, who in turn bale it up and sell it on, mainly to West African buyers, who in turn take what they want then the rest is dumped.

We hear about climate change all the time, but we have to now become more pragmatic about our clothing and making 'do' with what we have. The fabric and fashion on Q we all know is pretty rubbish, and we know how much is left in clearance - just imagine that all going to landfill; and also what happens to all the unsold stuff at the QVC clearance shops ?

I know we all love new clothes, but personally I have enough in my wardrobes for all occasions, and enough to last me til the day I die, - I have even shamefully still got stuff with the labels on !!! so I've decided not to buy any more for at least a year, and save money into the bargain. I shall have withdrawals from my fav store Navabi, but so be it.

When I was a lot heavier if I found an item which fitted I bought it in every colour available and if trousers several in black as I was never sure when I would be so lucky again. Unfortunately this attitude has never left me and even though ashamed I still do it and have loads never worn.

Rather than worrying about if avocados are true vegan or not I agree this is a bigger problem.

making items out of recycled plastic I’m not convinced that the energy/chemicals to produce them and at the end they are just throw away thus on the plastic roundabout again is really doing any good.

Twilight said:
24th February 8pm Jolie Moi. This is an example of the 'styling', it shows a photo but click on the red arrow & you'll se JC complete with black boots & trilby:

The trilby is a step too far but I quite like the boots with the dress! Though JC is probably at the upper age that could rock it..?
T

I thought you were talking about JC and thought wow you lot are harsh!

Brissles - your post has just added to my sorrow for the planet. I have to switch off so many times because I get overwhelmed by all the cruelty & destruction caused by humans. I really try my best with my choices of cosmetics, household products & clothing but it's a minute drop in a vastly polluted ocean.
S

Twilight said:
24th February 8pm Jolie Moi. This is an example of the 'styling', it shows a photo but click on the red arrow & you'll se JC complete with black boots & trilby:

I think the “stylists” need to go back to school. I think a lighter shoe would’ve looked better, I don’t like black shoes of any kind though, I don’t know why, I think it’s because it makes an outfit look scruffy........as for the hat, well that looks absolutely ridiculous.

Loveinamist said:
Yet the BA had nice heeled shoes on and looked ready for the Captain's table!
Click to expand...

With all the poor people held on cruise ships or in hotels because of the coronavirus I`m half expecting Q presenters to jump on the bandwagon like they`ve done in the past. We had DF telling flood victims to buy shape wear because a parcel delivery would make them feel better and the eek presenter in the wake of a terrorist event telling folks to buy an eek angel wing pendant to protect them or their loved ones so wait for a tsv containing a litre of hand sanitiser, 2 dozen face masks and your own thermometer coming to a screen near you anytime now.

Is Del Boy due on a cruise soon?

(sorry poor taste but I couldn’t resist in view of her crass comments as per Vienna’s post - we all remember it well).
You must log in or register to reply here.